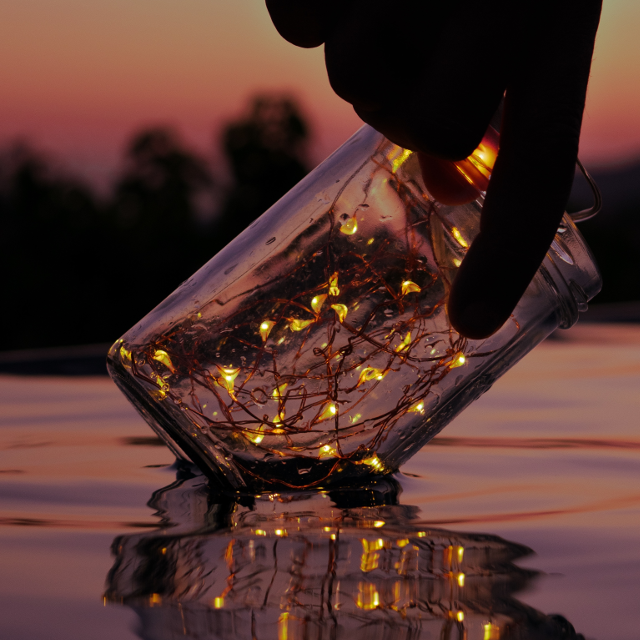 The final cognitive distortion in this series may be best illustrated in the words of Eeyore, the curmudgeonly donkey in A.A. Milne’s Winnie-the-Pooh series of books:

Eeyore,” said Owl,” Christopher Robin is giving a party.”
“Very interesting,” said Eeyore. “I suppose they will be sending me down the odd bits which got trodden on. Kind and Thoughtful. Not at all, don’t mention it.”
“There is an Invitation for you.”
“What’s that like?”
“An Invitation!”
“Yes, I heard you. Who dropped it?”
“This isn’t something to eat, it’s asking you to the party. Tomorrow.”
Eeyore shook his head slowly.
“You mean Piglet. The little fellow with the exited ears. That’s Piglet. I’ll tell him.”
“No, no!” said Owl, getting quite fussy. “It’s you!”
“Are you sure?”
“Of course I’m sure. Christopher Robin said ‘All of them! Tell all of them.'”
“All of them, except Eeyore?”
“All of them,” said Owl sulkily.
“Ah!” said Eeyore. “A mistake, no doubt, but still, I shall come. Only don’t blame me when it rains.”1

In this short dialogue, Eeyore seems determined to disbelieve that he has been invited to Christopher Robin’s party. When Owl finally convinces him, Eeyore quickly throws cold water on the invitation by calling it a “mistake.” Then he predicts darkly that the whole party is sure to end awash in rain.

Likewise, those who “discount the positive” will staunchly disregard any and all positive events in their lives.

Example #1: Michelle worked hard to prepare for a music recital. Many of her friends and family compliment her on her performance, but she brushes them all off with, “The first part went okay, I guess, but didn’t you hear that awful mistake I made in the middle? I could die of embarrassment!”

Example #2: Brian is getting a divorce and is feeling low. You try to encourage him by telling him that his friends and family still care about him. He says, “Yes, but that’s just because they don’t really know me. I’m such a worthless piece of dirt that no one will ever really love me again.”

On the surface, these examples may seem similar to the negative mental filter distortion we discussed earlier. But there is an important difference.

A negative mental filter polarizes our perspective by removing all traces of positive events. We ignore the positive because we simply can’t see it. By contrast, those with the current distortion can still see and acknowledge the positive, but ingeniously turn it into something negative – a mistake, a fluke, or a misunderstanding.

Dr. David Burns calls this process “reverse alchemy.”2 Instead of turning base metals into gold, this distortion turns our moments of “golden joy” into heavy, useless lumps of “emotional lead.”

Problems with Discounting the Positive

Not surprisingly, this cognitive distortion can result in the “most extreme and intractable forms of depression.”3 It is also a hallmark of some anxiety disorders.4

Consistently downplaying the benefits of achieving our goals can also reduce our motivation for achieving future goals.5 This distortion can truly suck the joy out of life, making us feel inadequate and unrewarded in all our endeavors.

Do you have the distortion of discounting the positive?

You and I have this distortion if we frequently use “YES-BUT”-type phrases with ourselves and others.

The pattern is, “YES [I acknowledge that there is some truth to what you are saying] – BUT [I know better, and here’s why…].”

There is, therefore, a thin veneer of objectivity over this distortion. “Oh, sure,” we say, “I hear what you’re saying. But if you only understood the situation as well as I do, you would see that it’s all baloney.”

What is the solution for the distortion of discounting the positive?

First, let’s get straight on what is NOT the solution: “positive” pop psychology, which means focusing exclusively on positive individual traits, positive experiences, and so on.

Don’t get me wrong – positive psychology has its place, but it’s not here. Unless you just want to tick the depressed person off.

When you (the helpful, well-meaning friend) say something like, “Don’t so negative! Don’t you see the silver lining behind that dark cloud?”

I (the Eeyore in this scenario) will just yell back, “Don’t be so positive! Don’t YOU see the big, dark cloud? And your stupid silver lining is probably just a mirage, anyway.”

We who have this distortion honestly believe that we have a fair and objective view of the big picture. So it’s no good just pointing out the bright bits. We see them already; we’ve just ascribed a dark meaning to them.

The main crux of this distortion is this: to believe that one has a deeper, better, or more thorough understanding of reality than anyone else.

Which leads us to what the solution IS: CHALLENGING that view of reality. As psychiatrist Robert Leahy says,

The following are just a few approaches to challenging distorted realities. We have seen most of these before in this 101 series – and that’s a good thing. It means that the approaches we’ve already learned can apply to multiple cognitive distortions.

Weigh the evidence of discounting the positive.

This is the obvious starting point for those of us who insist we have an “objective” and “fair” view of things.

Identify what exactly it is that you are discounting. Then ask yourself, what evidence do I really have against this positive thing?

Where am I drawing that evidence from? Could it be stemming from another distortion (e.g. all-or-nothing thinking, overgeneralization, negative filters, jumping to conclusions, magnification, labeling/mislabeling)?

Am I using all the evidence available to me, or just that which supports my belief?

Would everyone else see this evidence in the same way? Why or why not?

If a close friend were discounting the same positives, would I agree or disagree? Why?

Count the cost of discounting the positive.

Those of us with this distortion already know that discounting the positive can have a pretty heavy cost: increased feelings of depression and/or anxiety as well as reduced motivation to achieve future goals.

So I think it’s worth doing a cost-benefit analysis. There are two possibilities: either I am right in my assessment, or I am wrong. So I can ask myself, is the cost worth it if I am wrong?

Here’s a harder question: is it worth it even if I am right?

I know, I know, we pessimists take great pride in being right. But it’s worth asking if my pride is worth the increased pain – Eeyore, after all, never seemed particularly happy when it did end up raining.

The flip side would be to ask myself, what benefits might I gain by believing and trusting that everything is not quite as dire as I think it is? Would I feel less stressed/depressed/anxious? Would I relate better to others? Would I feel encouraged to achieve more?

Learn by others’ example.

I’ve learned much about dealing with the trials of life from others who have gone through far worse trials.

Victor Frankl was a Holocaust survivor who later became a psychotherapist. He was not jaded from his suffering. Rather, he strongly believed that we have a choice in reacting to any situation. He wrote,

We who lived in concentration camps can remember the men who walked through the huts comforting others, giving away their last piece of bread. They may have been few in number, but they offer sufficient proof that everything can be taken from a man but one thing: the last of the human freedoms — to choose one’s attitude in any given set of circumstances, to choose one’s own way.”7

What is my own way? What is your own way? When we are in the midst of difficulties, can we believe that there is something positive there?

Be well and happy!

5Pucci, A. (2006). The Client’s Guide to Cognitive-Behavioral Therapy: How to Live a Healthy, Happy Life…No Matter What. iUniverse. p.viii.