You are here: Home / Causes of Depression and Anxiety / Ridiculous Optimism 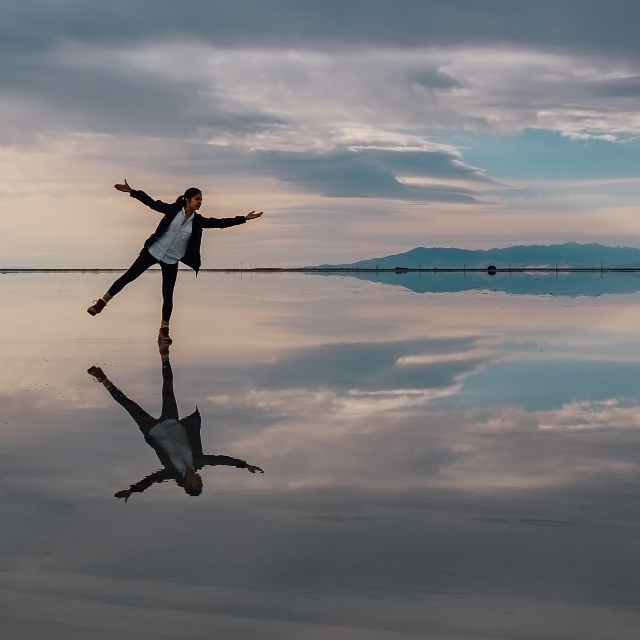 “Light existed all along. Of course it did. Who says it didn’t because I couldn’t see it?” Gillian Marchenko 1

Gillian Marchenko: Light existed all along. Of course it did. Who says it didn't because I couldn't see it? Click To Tweet

Let’s do a thought experiment.

Imagine you are the photojournalist that took the picture below:

Which part of the picture did you notice first, the rainbow on the right, or the menacing clouds on the left?

Now your job is to write a news article to accompany the picture.

Which part would you write about?

Let’s say there is a small town on the horizon at the end of the road. Do you think the storm heading towards the town? Or is it moving away from it?

The way you and I assess situations says a lot about the mental filters we use.

In my previous series on Cognitive Behavioral Therapy, I talked about negative mental filters: thinking patterns that filter out the good aspects of any situation and focus exclusively on the bad.2 This obviously is not the whole picture of things, but when using this filter, we think it is.

Negative mental filters can lead to pessimism. In psychological terms, pessimism is one of two so-called “explanatory styles” – that is, the explanations we give ourselves for why things happen the way they do.

The opposite explanatory style is optimism. Optimists have a more positive spin on bad life events. They generally believe that the bad stuff that happens will be transitory and have a minor impact on their life. They don’t automatically jump to the conclusion that they should blame themselves for bad stuff – instead, they look for extenuating circumstances. But when good stuff happens, they usually take full credit for it.

Psychologists speak of a “downward spiral” that leads negative mood states like depression and anxiety. Pessimism works like grease on this slide, slicking up our descent and making it difficult to climb back up. For this reason, optimism training is an important element of cognitive behavioral therapy to help us overcome depression and anxiety.

But learned optimism is also part of the “upward spiral” that leads to increased happiness and resilience.3 Optimism can move us to action and inspire us to reach higher goals.

P. Coburn-Litvak: Pessimism acts like grease on the downward slide into depression and anxiety. But optimism is part of the upward spiral that leads to increased happiness and resilience.Click To Tweet

These are my reasons for studying Optimism, an important characteristic of resilience, during the month of March.

Depressive Realism – does being a pessimist make us sadder but wiser?

Most of us who struggle with depression and anxiety would say, “I’m a REALIST.” And we would absolutely mean it. We believe that we see the world more clearly than most.

They say that depression makes you see everything in a negative light. I disagree. It makes you see things for what they are. It makes you take off the…rose-tinted glasses and look around and see the world as it really is — cruel, harsh and unfair. It makes you see people in their true colours — stupid, shallow and self-absorbed. All that ridiculous optimism, all that carpe diem and life-is-what-you-make-of-it. Words, just empty words in an attempt to give meaning to an existence that is both doomed and futile.”4

You know what? Suzuma was not completely wrong.

This was first discovered in experiments designed by clinical psychologists Lyn Abramson and Lauren Alloy. 5

Imagine you are sitting at a table in their research lab. In front of you is a button and a green light bulb. Over several sessions, you are instructed to try to guess how much control you have (from zero to 100%) in lighting the bulb.

The researchers have pre-determined, but don’t tell you, the amount of control you actually have in each session. Sometimes you have 100% control, so the light bulb will only light when you press the button. But in other sessions, you have only 50% control. In still other sessions, you have zero control – the light bulb is going to light a certain number of times no matter what you do.

Then the researchers combine your results with all the other people in the experiment. They compare the results of depressed participants to those with no depression symptoms to see if there is any difference in their accuracy of guessing how much control they actually had.

Several experiments like this have been done over the past few decades. In that time, researchers have found that non-depressed individuals tend to think:6,7

These are examples of the rose-tinted, “ridiculous” optimism that depressed individuals so despise and deride.

But. And this is a big But. Just because depressed individuals generally don’t wear rose-tinted glasses does not mean that they see the world clearly. No, it may just mean that their own glasses of choice are coloring the world in a different, more sinister way.

P. Coburn-Litvak: Just because depressed individuals generally don’t wear rose-tinted glasses does not mean that they see the world clearly. No, it may just mean that their own glasses of choice are coloring the world in a different, more sinister way.Click To Tweet

The “realism” part in “depressive realism” may only be relative in the sense that depressed individuals just don’t stray so far into ridiculously optimistic territory.

Does it matter which explanatory style we use?

Yes, apparently it does, both in terms of emotional and physical health.

The case is often made in epidemiological research that it is not optimism per se that protects health; rather, optimism correlates to something else, like less socioeconomic hardship and/or better health and lifestyle choices.

And these study authors did note a few differences in the more optimistic women: they tended to be more educated and more physically active. They also reported lower rates of high blood pressure, high cholesterol, type 2 diabetes, and substantially lower rates of depression.

However, most other sociodemographic factors, health behaviors (e.g. smoking, drinking, diet) and health conditions (e.g. age and body mass index) were similar across all ranges of optimism. Even after controlling for all these factors, optimism was still found to significantly reduce the chance of all-cause mortality.

Optimists tend to survive the tough stresses of life better than pessimists. For example, another group of researchers recently published results of a two-decade study which followed over 600 individuals who had suffered a heart attack in the early 1990s. Those who had displayed more optimism during their hospitalization were more likely to be alive over twenty years later.10

In a study that followed 600+ individuals who had suffered a heart attack in the early 1990s, those who had displayed more optimism during their hospitalization were more likely to be alive over twenty years later.Click To Tweet

Can we learn to be more optimistic?

For me personally, there is good news and bad news regarding optimism.

The bad news is, I am a pessimist by nature. (Side note: I think, although I’m not sure, that pessimists always want to hear the bad news first).

The good news is, I realize this about myself and I want to change. I want to learn to be more of an optimist. And the last few decades of psychological research tell me that I can.

My goal here is not just to think more optimistically, though. Rather, my goal is  “realistic” optimism.

What do I mean by “realistic?”

Psychologist Martin Seligman has pointed out that there are really two types of reality (I know that sounds all pretentious and meta-physical, but bear with me – there is a good point to be made here.)

The first type of reality does not depend in any way on what we human beings “think, desire, expect, or wish for.”11 Examples would include when the sun rises or sets, what day of the year it is, whether it will rain or snow, and so on. These things happen or don’t happen, not because of our psychological wishes or desires, but because of forces external to ourselves.

The second type is a little more malleable, because we human beings can influence their outcome. Examples include our productivity at work, our success in school, and our relationships with family and friends. We play personal roles in each of these, so inevitably our perceptions, desires, and expectations may shape the outcome.

True REALISM is the goal of cognitive behavioral therapy.

I suppose all of this could be considered, in Suzuma’s words, “carpe diem” and “life-is-what-you-make-of-it” type stuff. Psychiatrist Robert Leahy, Director of the American Institute for Cognitive Therapy, put it this way:

“Cognitive therapy does not proffer the power of positive thinking. The therapist is not a cheerleader for optimism. The therapist asks the patient to look at the evidence for and against his or her beliefs and to consider the pragmatic implications of various ways of viewing things.”12

8 Beck, A. T. (1986). Cognitive therapy, behavior therapy, psychoanalysis, and pharmacotherapy: The cognitive continuum. In J. B. W. William, & R. L. Spitzer (Eds.), Psychotherapy research: Where are we and where should we go? New York: Guilford Press. 114–134. 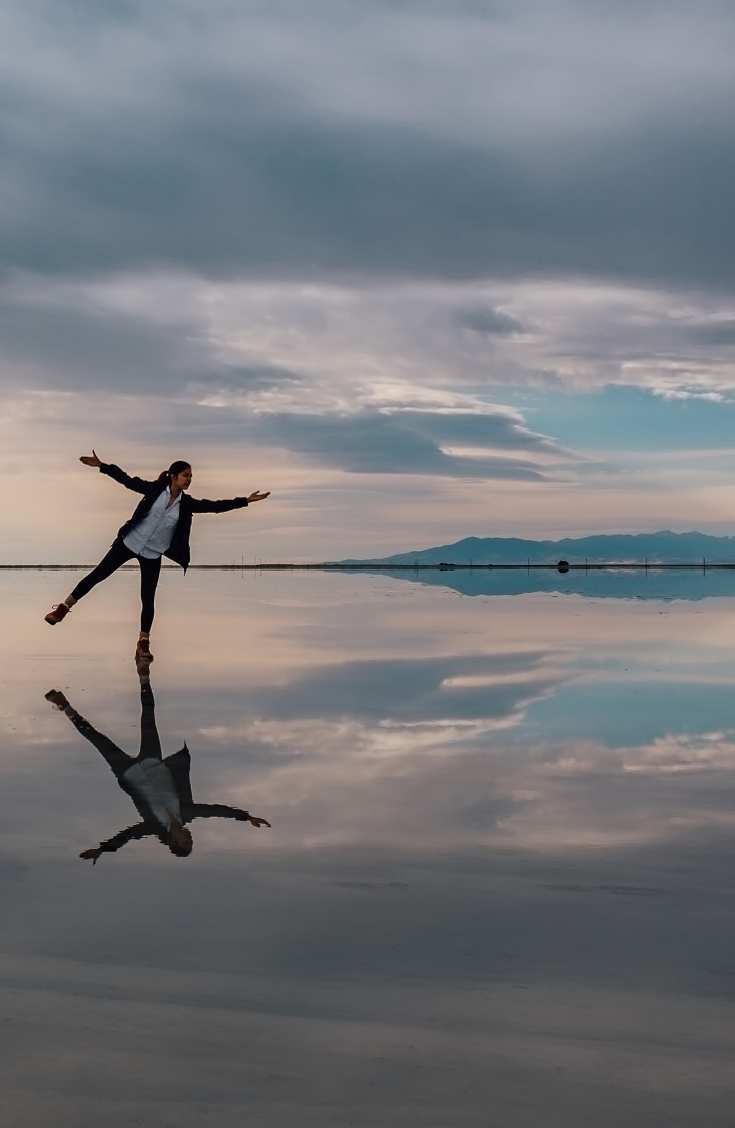